Each of the four boxing rings were treated as an individual mini production, with a self-contained fly-away setup. Limitless crew vision mixed each stream, and provided a sub mix to London Live's central OB. The Limitless team were responsible for directing, mixing, keeping time, and controlling both on-screen graphics and three robotic DSLR cameras. The hotheads allowed the team to recall a number of pre-set positions for each ring, without needing camera crew on-site for the event. Ring 1 coverage used roaming RF cameras and footage for EVS. 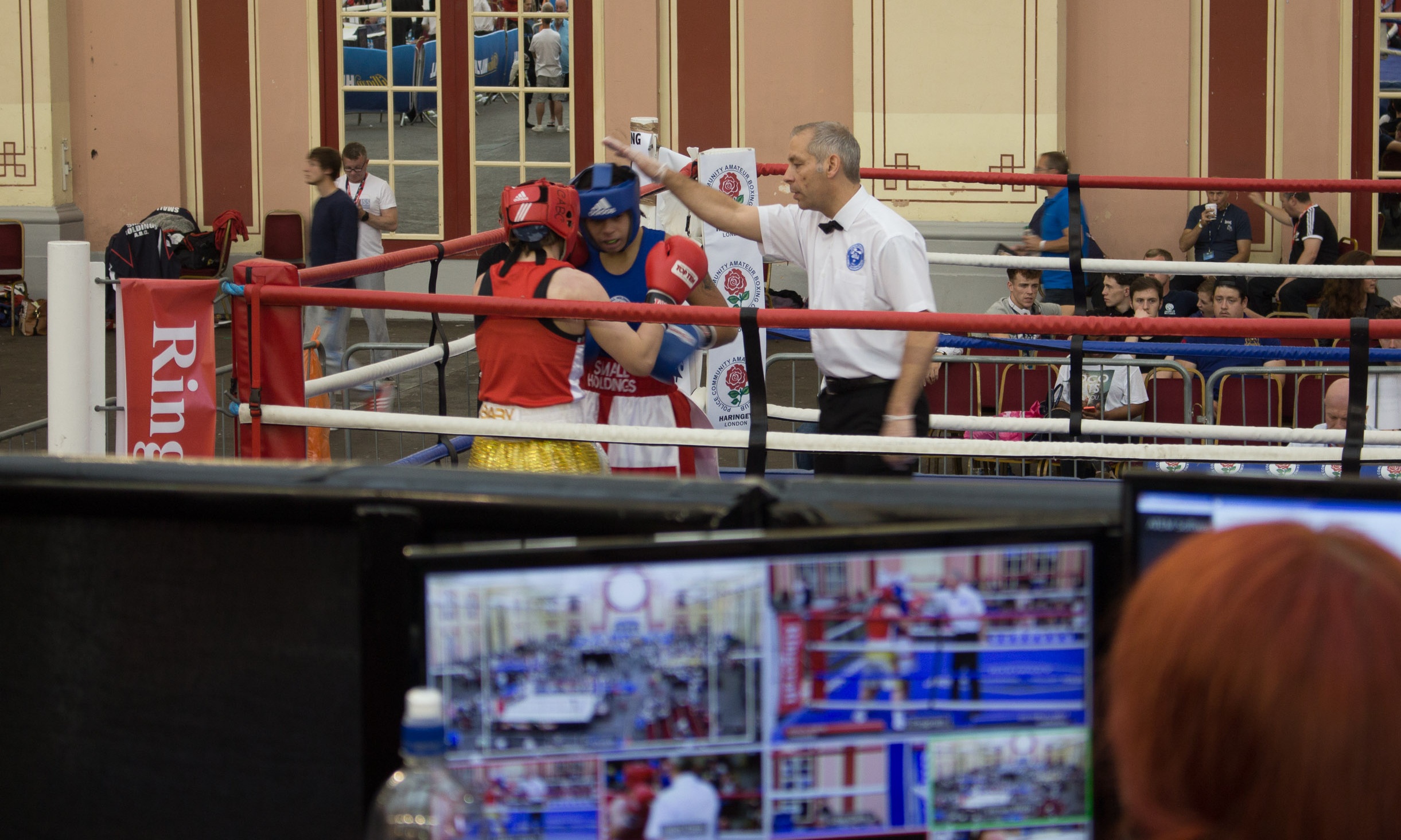 Video on each ring was routed through Limitless' PPUs, which include full dynamic on-screen graphics support, VT playout and multi-track recording all packed into a single flyaway rack case. Ambient sound and live commentary was also captured on each ring and processed using our digital mixers and DANTE network. A custom graphics interface was provided that tied into the Limitless graphics playout systems and the steward's scoring software. This allowed the ring directors to quickly pull up the name, bios and scores of each boxer into dynamic on-screen graphics.

Limitless provided full engineering support all setup and de-rig of the event, including integration with a fifth Outside Broadcast vehicle used to produce London Live's marathon six hour coverage on the Sunday afternoon.

Finally, as well as recording each bout across the three days in full HD ProRes, each ring was streaming directly to YouTube using hardware-based H.264 encoders.

With each bout being clipped straight to YouTube as soon as it finished, in total we completed over 87 hours of live broadcast and almost 5,000 minutes of action across 290 bouts. This content was shared across social media by fans and contestants, driving views to the London Live YouTube Channel.